Have you ever found yourself wondering why snowboarders wear baggy clothes? Some may think it’s because, magically, every snowboarder loves hip-hop, or underneath the goggles and helmet is a skateboarder trying his luck on a different board. However, compared to the clothes that the average skier wears, it still comes out as overly baggy. Well, it has to do with the overall comfort and insulation of the snowboarder.

Well, it has to do with the overall comfort and insulation of the snowboarder. Wearing baggy clothes is seen as a cultural requirement. Tight-fitting clothing hinders the movements of a snowboarder. Baggy clothing also protects you when falling, and for some, it is a fashion statement.

Snowboarding as a sport had leaned on other sports for inspiration in their clothing styles like skateboarding, surfing, and BMX. Baggy clothes became very popular during the 80s when Hip Hop and Gangster rap took off. So out of popular music culture, this style was born and worn by many. Luckily for snowboarders, there were a few added positives on the ice by wearing these oversized clothes.

Why Do Snowboarders Wear Baggy Clothes?

The snowboarding culture is one born out of an anti-establishment movement that occurred many years ago. Skiing was the established sport code on the mountain with its racing suits and set rules. The skiers viewed the snowboarders as being inferior when they started to rebel against the skiing fraternity.

Skiers did not readily accept snowboarders on their skiing slopes, and some ski resorts still ban them today, for example, Mad River Glen in Vermont, and Alta and Deer Valley Resort, both in Utah.

When weighed against each other, skiing and snowboarding cultures were total opposites as any sub-culture requires. They spoke differently, acted differently, had their style and special equipment to navigate down the mountain slopes, and dressed uniquely.

The first snowboarding generation embraced punk and later hip hop as their frame of reference. These snowboarders were against conformity, and you would not see a snowboarder in a ski suit ever. Just like the skateboarding and surfing movements were labeled as “troublemakers” or “stoners” and “misfits,” so was the snowboarding movement.

The wearing of baggy clothes became part and parcel of what snowboarding represented. They aligned with fellow outcast cultures, skateboarding and surfing, and in wearing baggy clothes, they made a statement that you can be who you are and proceed to be free when on the mountains. Today snowboarders still wear baggy clothes as asign of respect to the code and culture of snowboarding. However, wearing clothes more suited for a skier will be seen as a sign of disrespect.

When you are snowboarding on a snow-covered mountain in the middle of winter, you will need your clothes to keep you warm. Insulation against the cold is paramount in what type of experience you will have on the unforgiving slopes. By incorporating baggy clothes in their look, snowboarders have the option of adding more layers of clothes underneath the oversized garments. These layers can be the following:

These extra layers allow them to insulate themselves better should the circumstances require it. A tight-fitting snow jacket, for example, will not have much room underneath to add any more insulation should it be icy. On the other hand, a baggy-fitting snow jacket will have more room for extra layering, making baggy clothes ideal for unexpected colder weather conditions.

Tight-fitting clothes restrict the body and its movement. Snowboarding is all about moving in various ways. Having clothes on your body that will limit you when trying a backside 180 rewind or a McTwist (540-degree forward flip) will not work and can be the direct reason for some severe wipe-outs.

Snowboarding is a sport of radical tricks and measured movements. Wearing baggy clothes allow your body to perform these elevated and extreme movements without hindering the mechanisms required to complete them. For example, the bending of the knee is a regular movement in snowboarding. Wearing restrictive tight-fitting clothing will make it difficult to perform more straightforward tricks like an Andrecht handplant or any move requiring some knee bend.

Snowboarders love the comfortable feeling that only baggy clothes provide. On the other hand, Ski clothes have a tighter and more refined fit for better aerodynamics and speed. Their sport is more focused on time and speed, whereas snowboarding is not.

As mentioned above, some seriously gnarly tricks are being performed in the snowboarding world as we speak. A fall for the beginner can hurt just as much as it would for a professional not sticking a trick. Wearing baggy clothes allow you to add some extra protection to your attire.

Knee and elbow pads are ideal for beginners who are prone to crashing. Wearing butt pads is perfect for the snowboarder who falls backward a lot. There is even full-body armor available to wear underneath your baggy clothes, and the best part is no one will even know!

Bottom line, it is more comfortable to fall on more linings of clothes than just a few tight garments. Being insulated underneath your baggy dress code will cushion some of the blows when the mountain wins a few rounds against you.

Besides, the baggy look has been growing in popularity as popular clothing manufacturers put their names on these outfits. So today, newcomers to the sport see it as highly fashionable to wear them and be seen in them.

Nate Holland, 7-times gold medal winter at the X-Games, once said, “The image is what’s at stake. I like to wear stuff that consumers can buy at stores. And they are not going to buy a speed suit at a store that I’m wearing during a race.”

Former Olympian skier Casey Puckett probably said it best “When I grew up in the ’70s, ’80s,’90s, it was cool to be an Alpine skier in a downhill suit. And when snowboarding came and free riding, it became uncool to be in a speed suit.”

The younger generation sees snowboarding as the cooler alternative to skiing. The tricks are more fantastic; their heroes wear cool clothes, and it’s anti-establishment. Fashion is very important to the new generation of snowboarders, and it shows!

As pointed out in the post, baggy clothing has always been part and parcel of snowboarding culture. What started as a rebellious movement against anything ski-related, the clothing incorporated to show the snowboarder’s individuality has stuck until today.

Old and new snowboarders wear baggy clothes for various reasons, from comfortability to insulation purposes. Still, the main reason is to honor the code and culture of snowboarding by genuinely being yourself on the slopes of a snow-covered mountain dominated by dress code and rules. To not conform to society’s rules and regulations and to express yourself in any way possible. To ride free!

The REAL Difference Between Ski and Snowboard Clothes | New To Ski 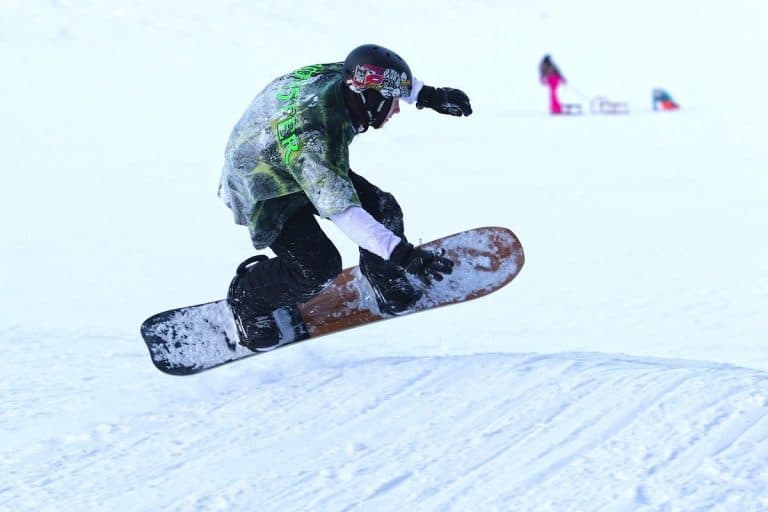 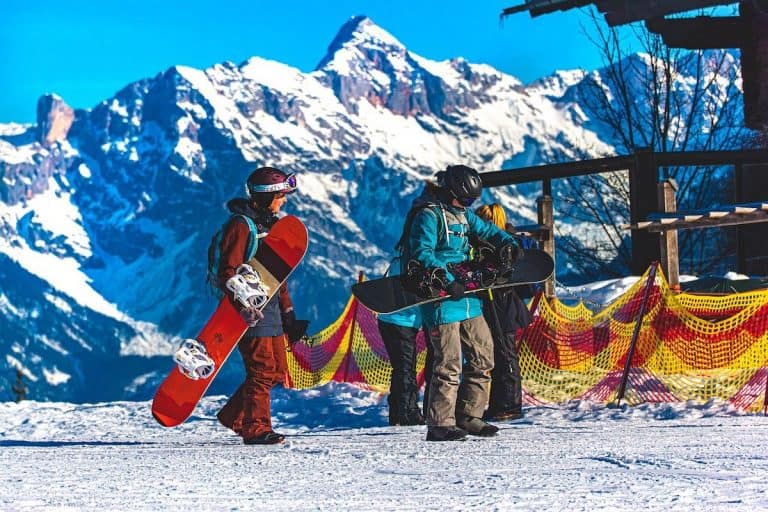 Snow Sports Planet is an Amazon Associate. As such, we may earn small commissions from sales made using our links. We also participate with other vendors.Getting your gear together for a snowboarding expedition is not as simple as just grabbing your snowboard. You need to take a range of accessories while snowboarding, including a helmet,… Snow Sports Planet is an Amazon Associate. As such, we may earn small commissions from sales made using our links. We also participate with other vendors.It’s hard to miss the similarities between a skateboard and a snowboard. Aside from the decks, the skills, tricks, and objects you need for both activities are also quite similar….